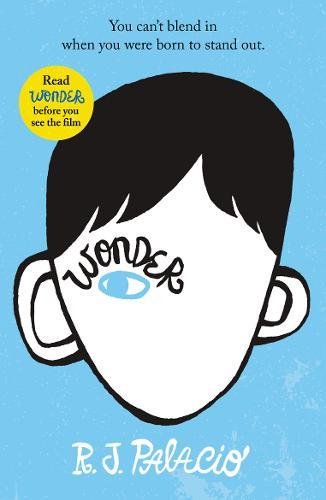 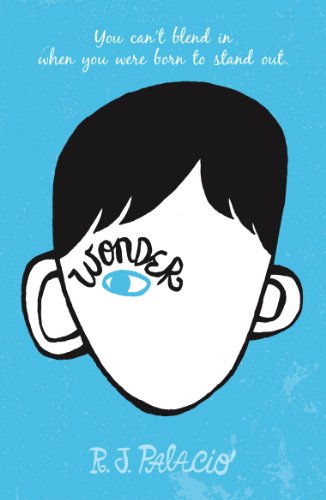 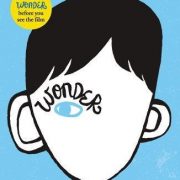 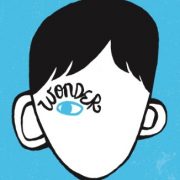 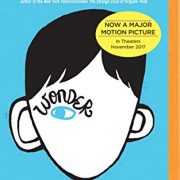 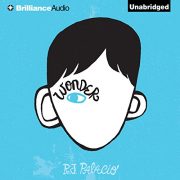 Product Description”I won’t describe what I look like. Whatever you’re thinking, it’s probably worse.
“
August Pullman was born with a facial deformity that, up until now, has prevented him from going to a mainstream school. Starting 5th grade at Beecher Prep, he wants nothing more than to be treated as an ordinary kid–but his new classmates can’t get past Auggie’s extraordinary face. WONDER, now a #1 “New York Times” bestseller and included on the Texas Bluebonnet Award master list, begins from Auggie’s point of view, but soon switches to include his classmates, his sister, her boyfriend, and others. These perspectives converge in a portrait of one community’s struggle with empathy, compassion, and acceptance.
In a world where bullying among young people is an epidemic, this is a refreshing new narrative full of heart and hope. R.J. Palacio has called her debut novel “a meditation on kindness” –indeed, every reader will come away with a greater appreciation for the simple courage of friendship. Auggie is a hero to root for, a diamond in the rough who proves that you can’t blend in when you were born to stand out.
Join the conversation: #thewonderofwonder

“From the Hardcover edition.”

Amazon.com ReviewAmazon Best Books of the Month for Kids, February 2012: Wonder is a rare gem of a novel–beautifully written and populated by characters who linger in your memory and heart. August Pullman is a 10-year-old boy who likes Star Wars and Xbox, ordinary except for his jarring facial anomalies. Homeschooled all his life, August heads to public school for fifth grade and he is not the only one changed by the experience–something we learn about first-hand through the narratives of those who orbit his world. August’s internal dialogue and interactions with students and family ring true, and though remarkably courageous he comes across as a sweet, funny boy who wants the same things others want: friendship, understanding, and the freedom to be himself. “It is only with one’s heart that one can see clearly. What is essential is invisible to the eye.” From The Little Prince and R.J. Palacio’s remarkable novel, Wonder.–Seira Wilson

Be the first to review “Wonder” Cancel reply